Laying in the fetal position on the floor of a hostel in Cusco, Peru and surrendering to the Shamans of Peruvian culture and sacred plant medicine, Ayahuasca, the most revered plant and the one they call their master teacher plant, I found myself a long way from the little Midwestern town where I grew up. Yes, this whole experience was pushing me way out of my comfort zone and yet everything inside me said this was right for me. And it didn’t take long for the medicine to take hold and with it, the throbbing inside my head began.

With each breath I drew the throbbing increased until I felt like my brain might explore from the inside of my head. And then, just like on cue, I sat straight up and felt the need to burp and instead instantly vomited into my bedside container. Although we were in a darkened room, a tiny sliver of light from the street lights found its way into the room. I found it very interesting that even though I couldn’t see it clearly, that vomit appeared black in color, not at all the dark green color of the Ayahuasca plant medicine. And I thought to myself, whatever that is, good riddance. Maybe I don’t need to know more than that at this time. That should have been my first clue to what was coming next.

It was definitely coming in waves, consistent waves, much like the early stages of my grief.

As I re positioned myself on my side in my bedroll and closed my eyes, I felt like I fell into Willy Wonka’s Chocolate Factory sideways. Everything was a shade of purple here and I was laying on my side feeling like I wanted to escape but on a deeper level knowing that I shouldn’t even try. This is what I came to the Ayahuasca medicine for, the stuff you can’t make up! But that didn’t stop my brain from trying! In my mind, I was saying “Wait. Stop. I don’t want to do this anymore. Can I tap out now? Maybe? Please? I don’t like this.” But the Ayahuasca medicine patiently waited for me to fully surrender as the throbbing inside my head began to pound again. Pound like the beat of a thousand drums! Inside my head! Will you surrender to me, the Ayahuasca asked. And finally, when my mind realized there was nowhere to run and nowhere to hide anymore (because I was of course in an unfamiliar place in Peru and probably unstable on my feet at that time too) I no longer had the energy to resist so I just said, “okay” and with that the whole scene inside the purple Willy Wonka Chocolate factor came alive.

I had my eyes closed but the vision I saw in front of me was this amazing multi-dimensional form of wallpaper that began to move. As I watched it closely, I saw the form of a jester appear, again it was all various shades of purple and that wasn’t so bad until the jester started to reach its closed hand out from the wall paper and extend it toward me. No! No! No! Don’t do that I was screaming inside my vision, but the jester just smiled and kept moving its hand toward me until his arm was fully extended and his closed hand was right in front of me. Then he gently opened his hand and a white flower bloomed in front of my eyes. The Jester laughed a little at my silliness and retreated with his flower back into the wall. Good, I thought. That was a little crazy. But then the Jester smiled and started moving his hand toward me again. Now what I thought? Don’t do that anymore I was screaming again inside my head. But the Jester was unfazed and kept moving this closed hand toward me until again, he opened his hand and the while flower appeared. And then back into the wallpaper he faded again. So the third time he smiled at me and started to extend his hand, I felt no resistance to him or the flower whatsoever, and that’s when the whole scene changed. My world was no longer shades of purple, but instead became a very dark place and my head start to shake back and forth. I had no desire to stop or control the intermittent head shaking either since it wasn’t violent but it was definitely coming in waves, consistent waves, much like the early stages of my grief. I didn’t feel the need to understand any of it, but I did feel resigned to allow it to run its course. 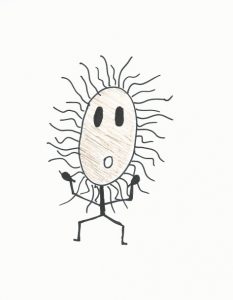 The next vision I experienced was a dancing stick figure wearing a huge African type of a wooden mask. While the energy felt very feminine, I could also tell this was a powerful woman didn’t play. Her only question to me was repeatedly “Can you take more?” And my consistent response over the next four hours was “Aye” to which she proceeded to dance, and shake the rattles she held in her hands over my me and my spirit. All the while my head continued to physically shake back and forth like what I imagine a person with Tourette syndrome must go through. At times I could feel the darkness and sadness of all of my human emotions moving through me. At those moments, I would spontaneously begin to sob or moan, with no mental filter in place to suppress it. I didn’t care what anyone else in the room thought. I was inside my pain and all my human emotions. It was a sacred place and it was mine and it demanded to be honored and it was finally time. As the effects of the Ayahuasca medicine began to diminish, the dancing and rattling of my African medicine woman began to slow, and my head shaking started to subside, I could feel my two worlds merging again and I wanted to understand more about what just happened. “Why did you shake my head so much?” I asked the medicine woman. The answer was immediate and swift, “Because you held your trauma in your head trying to make sense out of something that is not defined by logic. It was stuck and so were you.” And with that she disappeared never to re-emerge and I was left to process this whole amazing sacred Ayahuasca experience with a new level of awareness.

This is truly the stuff you can’t make up! I understand now why the indigenous people revere the Ayahuasca medicine as a master teacher plant. It gave me something I didn’t even know I needed and had zero frame of reference to even experience or understand. But when I got out of my way mentally, the plant stepped forward and the Shamans held the sacred space for my healing journey. The best way to describe it was like dreaming while I was awake but even better if that’s possible. Yet it was work. Hard work. But it was time.

I am forever grateful for the gifts I received that night from Mother Nature, the Ayahuasca plant, and the Shamans of Peru. No words can even come close to describing the tremendous weight that was lifted from my body and my spirit. It was truly sacred and my childlike sketch of the medicine woman I saw in my vision in no way does her justice either. But that’s the beauty of it, the plant medicine doesn’t care, the medicine woman doesn’t care, the Shaman doesn’t care. There was no judgment in that space. Maybe I shouldn’t care so much either about what others think because they don’t know me better than I do. Maybe that’s the truth for all of us here. Maybe we just need to get out of our own way and follow our own unique paths. Maybe it’s just that simple. Then how awesome would that be? No script. No plan. Just the simple act of surrender, trust and stepping into the flow of the Universe every day. Sounds simple but we also know our human experience has conditioned us to believe otherwise. And that’s where I believe the real work resides for each and every one of us. That helps me to release judgment of myself and others because I know nothing about their experiences or the work they came here to do. And that brings me great peace and much joy too in a world of chaos. Thank you Mother Ayahuasca for the experience and thank you for the powerful lesson.

This blog post is marks the end of the series. For more great stories subscribe to the Sherri Sengsouvanna blog.

Disclaimer: Sherri Sengsouvanna does not promote the use of “Ayahuasca” or any other hallucinogenic. This blog post is merely to share her experiences with the plant. 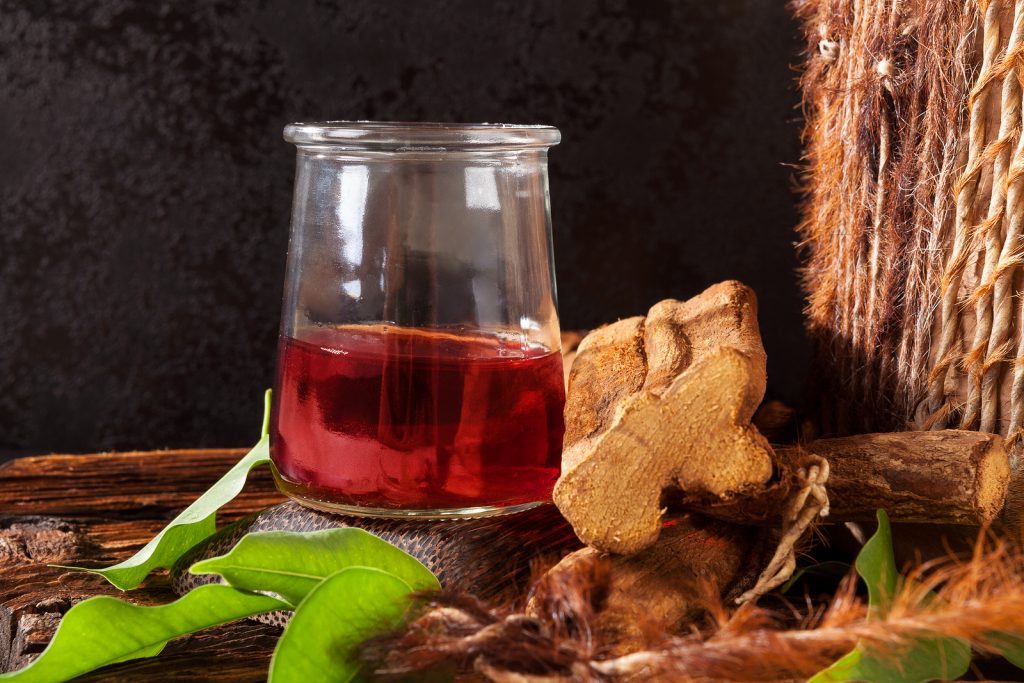