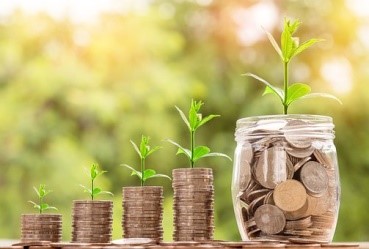 I was born into poverty in rural America. One of seven children. We lived in a tiny 3 bedroom house with one bathroom in one of the poorest counties and in one of the poorest states of the country. To say that we grew up poor is certainly true but we were blessed by the fact that most of the other families in our area were in the same boat. That made our poverty circumstances seems somewhat normal and much more tolerable. But as a child, I remember looking up at airplanes flying overhead and thinking how nice it would be to ride in an airplane if I had more money. I told myself someday I would fly here and there and anywhere I wanted. Today, I am blessed to be able to fly around the country for my work and around the world for my spiritual work… if I have permission.

Was poverty my fate or my misfortune? I choose to see it as my fate. Ordained by my highest authority, me, before I was born. There are no coincidences in my life, only divine appointments in divine time. So I’m convinced I selected my parents, including their financial challenges, with purpose so I could master my relationship with prosperity and abundance, in all forms, including and especially money. As part of my spiritual work, I dove into this lesson head first and here are some interesting tidbits that I’ve learned along the way.

Spoiler alert: My son Todd was extremely gifted at making money before he passed away at the tender young age of 12. So I need to acknowledge him here and his role in teaching me about mastering money. But more about him later.

That was four years ago. I was still very much in my spiritual diapers at the time and really didn’t have confidence in myself or my spiritual gifts. But I told Todd and Spirit that I would do whatever they wanted as long as they kept my income level at or above the level it was then. They agreed and have not let me down. My income has steadily increased year over year and with much less effort on my part. Amazing! Who knew it could be so easy to make money? By following these easy steps I have definitely overcome my challenges of my birth. In the process, I have developed a healthy relationship with money where there is always enough money to do the next thing. So if mastering your relationship with money is one of your life lessons, I invite you to try out the five steps above and just notice what happens. “What’s the worst that can happen? “ asks Todd laughing and winking.